Five men and a whale in an undetermined place somewhere in the far north. The icy wind rages over an endless plain making the atmosphere even more oppressive than it already was. Who are these men and what brings them here?

A quirky look at identity

Go north and see what those strangers do is an exploration on the edge between the self and the other. Shameless, the men lay their souls bare and brave the confrontation: with themselves, but especially with each other. The underlying status quo is set on its edge as their true nature gradually surfaces.

For this performance, Pia Meuthen was inspired by the ruthless honesty of Norwegian writer Karl Ove Knausgård and the personal and raw manner in which he communicates universal themes.

Dynamic, unpolished and adventurous but at the same time highly vulnerable and intimate. With Panama Pictures, Pia Meuthen has developed a unique language in which dance and circus are easily woven and personal stories are literally set into motion.

My performances never tell a story from a to z. I want to allow space for the viewer to find their own bearings within the elements of the story. The dancers and acrobats create an atmosphere, the audience then determines what meaning they give to it.

Go north and see what those strangers do is a coproduction between Panama Pictures and composition duo Strijbos & Van Rijswijk. The duo composed a new soundtrack especially for this performance which combines percussion in an intriguing way with electronic soundscapes. 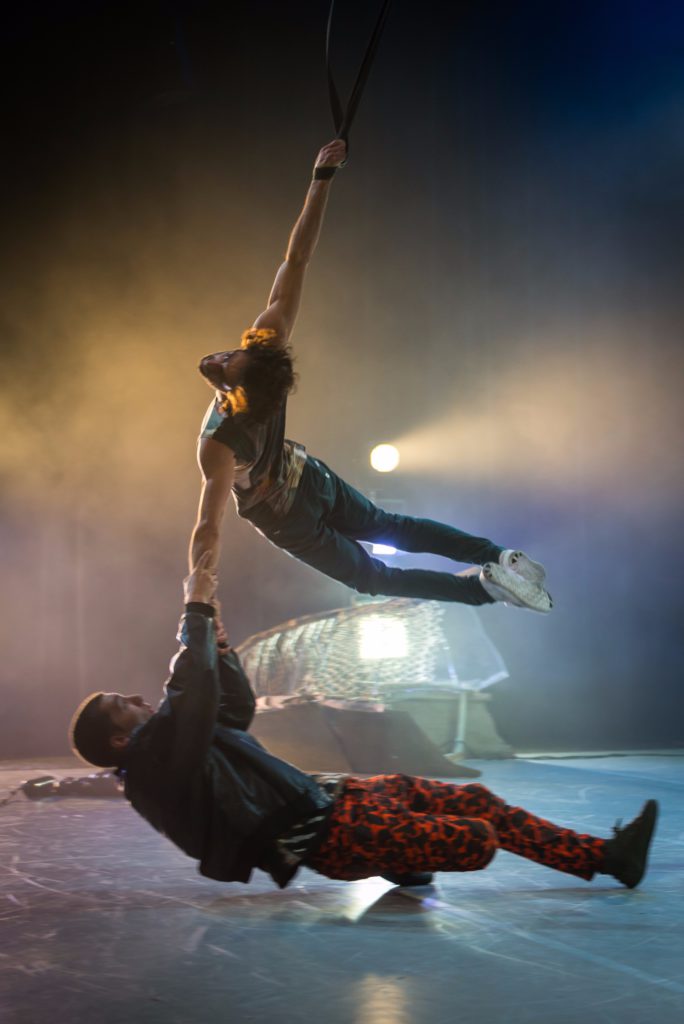 Go north and see what those strangers do is a production of Panama Pictures in co-production with Strijbos & Van Rijswijk. 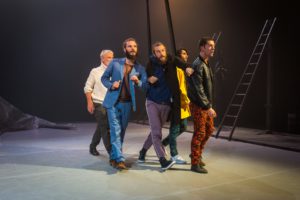 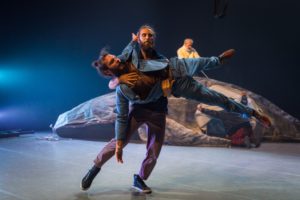 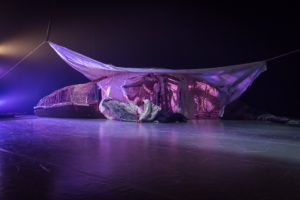 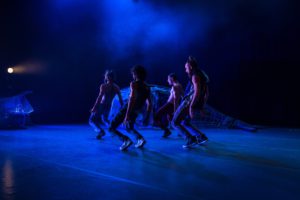